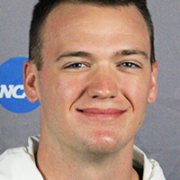 This last weekend (December 9-10), 4 new listings were achieved.  The meet at the Colorado Running Company Pre-Holiday in Colorado Springs, Maria Creech formally from Durango HS, jumping unattached leaped 5-10 3/4.  That jump tied her at 16th in the CTS After High School list.  Audrey Bloomquist jumping for CU Colorado Springs, had a triple jump at 40-0 which comes in at a tie for 26th in the College List.  The meet at the Mountaineer Open & Multi produced a big triple jump by Gunner Rigsby (Fruita HS) jumping for Mesa State University.  His 53-0 3/4 leap is currently #1 in the early Division II indoor standings and moved him into #4 in the CTS College list and #2 in the After-HS CTS list.  However not to be outdone, Jerome Campbell from Northern Colorado University jumping at the Fred Wilt Invite in West Lafayette, IN., moved into #1 in the College CTS List with a fast 7.71 60-meter hurdles final.  That time sets #2 in Division I early indoor season standings.  In a side note, Campbell which sets #6 in the CTS College 110-meter hurdles list (13.68), in the upcoming outdoor season, will be chasing one of the oldest CTS College lists #1’s. Former World Ranking hurdler Marcus Walker hurdling for Colorado University in 1970 at the National AAU Meet in Bakersville California blazed a 13.43!  That was 52 years ago!  And yes, he is the father of Beau Walker and JT Walker formally of Montbello HS.  Both of them are high ranking track athletes in the CTS Lists.

Most meets will resume in early January, so stay tuned.

Want to join the discussion?
Feel free to contribute!

Support me on Patreon!

CTS Track Season is Back!!